Just like the title says, Mozilla have joined the anti-SOPA protest and this is what Firefox shows you, when launched: 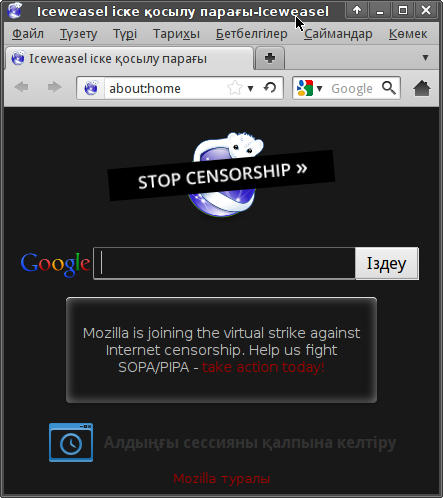 And there is also the warning on the mozilla.org site. As they say in Internets, do call you congressman and ask what is he/she going to do about the SOPA. Do that, really.

As for us, who owns only little blogs on their own, there is still a chance to be banned in case of any copyrighted content will be found on our sites. So, good luck with the protest, we are hoping for the best. Amen!